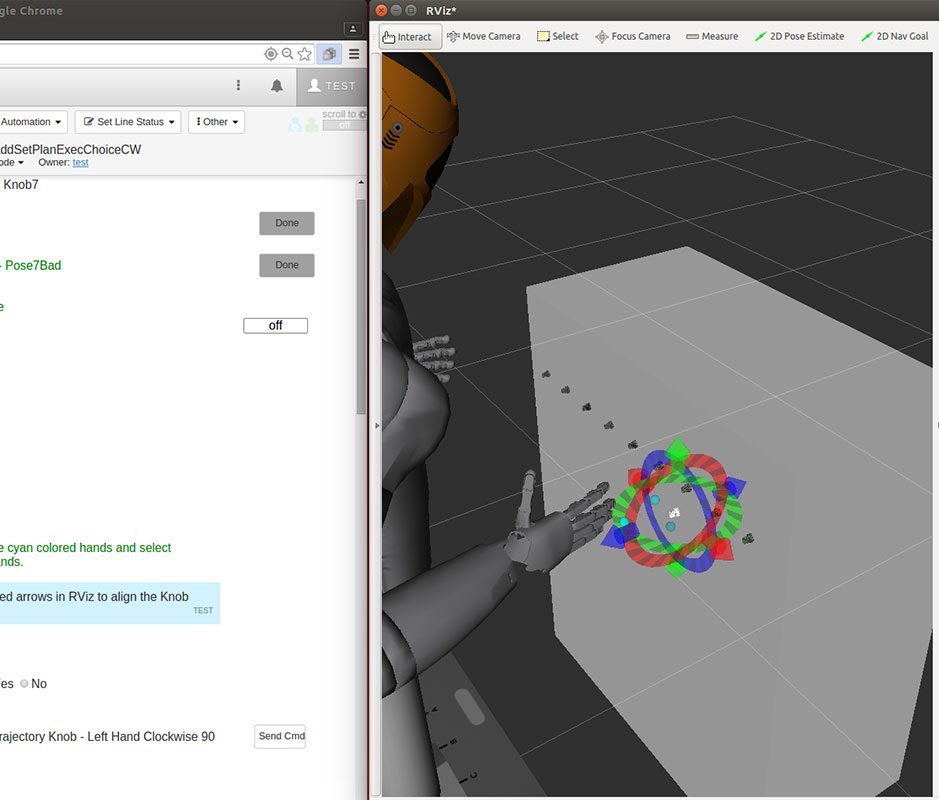 Developed under contract from NASA Johnson Space Center, PHARAOH provides an easy-to-use interface for commanding dexterous robots, such as Robonaut 2, to perform complex manipulation tasks by leveraging the efficient (and general purpose) Affordance Template task representation and the web-based front-end of PRIDE.

PHARAOH allows a number of steps to be automated by the PRIDE execution engine such as which task to perform and which strategy to use to perform that task (possibly chosen based on run-time perception data), as well as the planning and execution of the robot’s motions. Through the use of RViz, the interactive 3D ROS visualization environment, PHARAOH provides rich situational awareness to the operator that consists of visual feedback about the task, the robot’s run-time generated motion plans, its current state, and its current 3D sensor data. Using this combined feedback, a (possibly remote) human operator can guide a robot through tasks, taking over control when necessary, but allowing the robot to automate certain steps if appropriate. The result is a framework for operating complex robot systems that is suitable for many real-world domains including space, the service industry, and manufacturing.