TRACLabs developed a seven-degree-of-freedom reconfigurable modular manipulator (RMM) for NASA to use on planetary analog rovers. 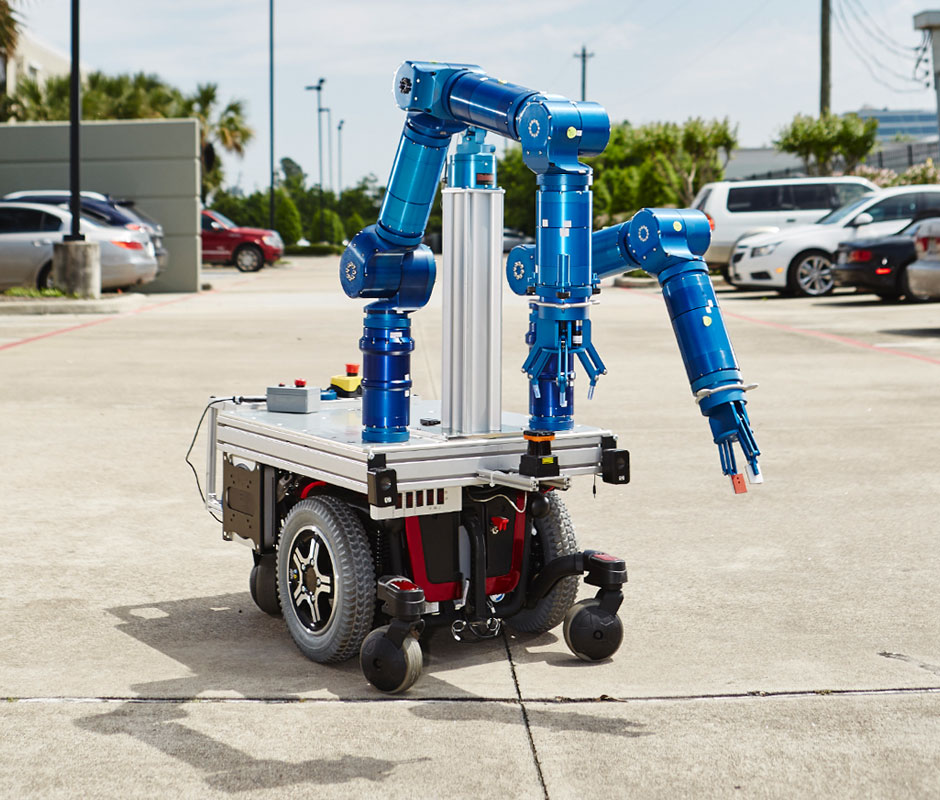 The reconfigurable modular manipulator (RMM) was developed by TRACLabs for NASA under the SBIR program. Based on our MARS arm, which was developed with previous NASA funding, the RMM has several unique features:

The RMM has been incorporated into a 2-arm in-house mobile manipulator project called “TRACBot”. TRACBot has been used in several NASA and DoD projects investigating mobile manipulation. As part of these projects, TRACLabs developed ROS nodes for controlling the RMM and the mobile base, and created a simulation of the robot and its environment in Gazebo.